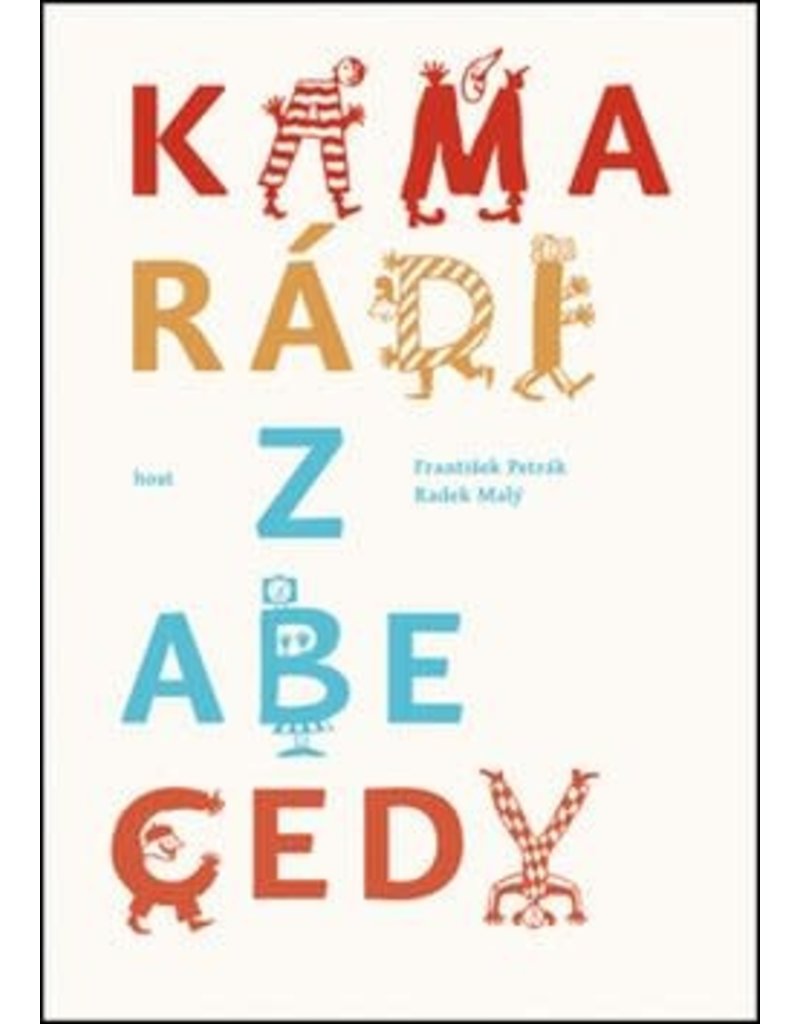 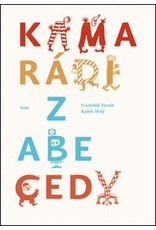 It was Vítězslav Nezval and Karel Teige (1926), Ondřej Sekora (1939), Květa Pacovská (1981) or Petr Šmalec (2005) who have managed, in the history of Czech books, to treat the alphabet in both word and image. The duo Radek Malý (born in 1977) and František Petrák (born in 1961) followed up this tradition as best as they could: the former with rhyming verse written with all the formal brilliance and sense of the lyrical grotesque, the latter under the direct influence of modern art from cubism to naïvism and imaginative painting. Each letter has its double-page spread: on the left, a picture featuring anthropomorphised letters, plus an illustrative quatrain, on the right, there is an invitation to a related play or a visual puzzle. Radek Malý is one of the most prominent personalities of the Czech literary scene today: an author of children’s books as well as a poet, translator and literary historian.