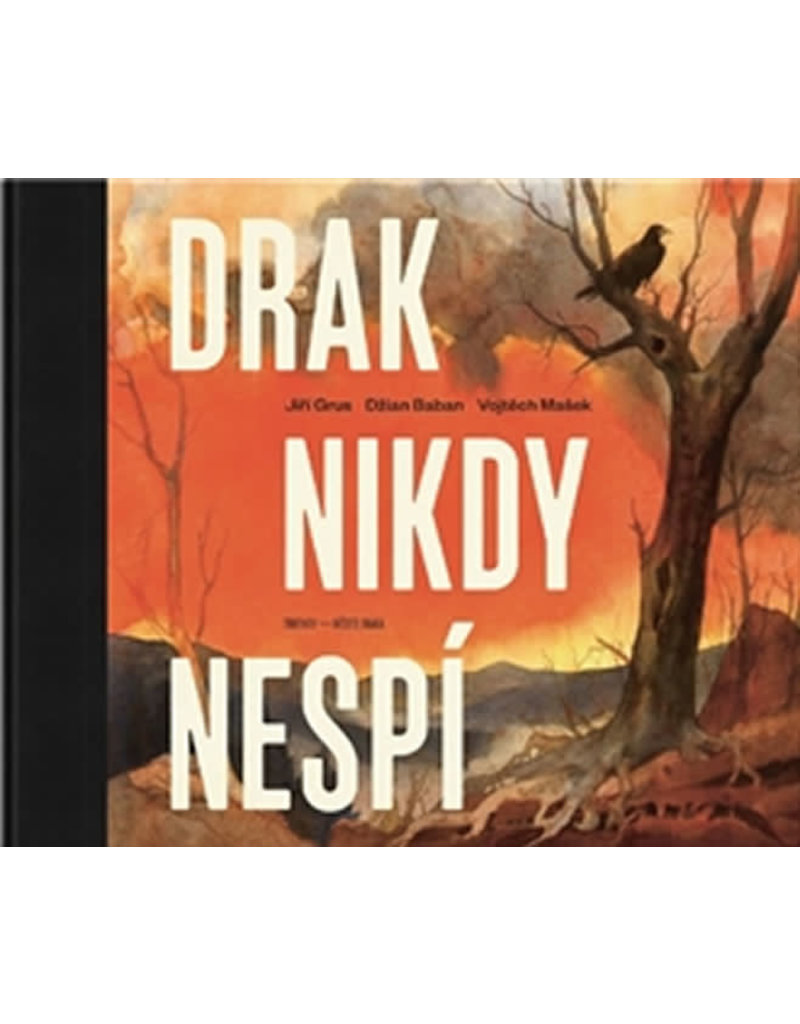 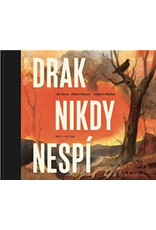 Dragon Never Sleeps is a retelling of a medieval legend about the founding of Trutnov.
According to this legend, the Czech ruler, Prince Oldřich, knight Albrecht of Trautenberg sent to the north of the country in 1006 AD to secure merchant routes in the middle of deep forests in the foothills of the Krkonoše Mountains and settle the region along the upper reaches of the Úpa River. When the first camp - the seed of a future city - was built for his people, he would discover a lurking monster, a great dragon, at the bottom of a deep ravine. But Albrecht's story is not a classic fairy tale about a knight-dragon struggle. The most interesting thing about the Trutnov legend is that Knight Albrecht does not encounter the dragon alone, but together with his people. The authors built their version of the legend on this remarkable detail.
The album also includes Grus's paintings and studies that preceded the emergence of the final forms of the characters and the Trutnov landscape.